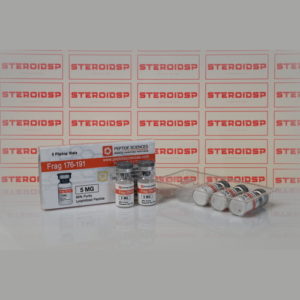 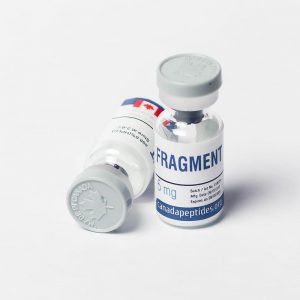 In bodybuilding and fitness, fat burning peptides have managed to significantly raise the bar not only for the peak form of professionals, but also for the effectiveness of training for ordinary amateurs. The concept of “drying” has reached a different level, therefore it can be argued that peptides have firmly taken their rightful place in the world of iron sports. However, how to choose the right peptides and which drugs will bring the most benefit? There are many misconceptions on the Internet. Often, they not only interfere with making the right choice, but can also nullify almost the entire course due to improper use, storage and other conditions. Today we will look at everything related to peptides, which will allow you to truly learn what weight loss and fat burning are. They are much more profitable than growth hormone in terms of price, although they do not lose in their effectiveness at all, for which they have gained considerable popularity in bodybuilding and fitness.

HOW DO WEIGHT LOSS PEPTIDES WORK?

The fat burning properties of peptides have long been proven through numerous studies. Only due to the introduction of these drugs, you can already count on the loss of 2 to 4 kg of excess fat per month. It is also worth noting that due to the increase in muscle mass, the decrease in body fat can only be assessed by visual signs, while the figure on the scales can stand or even increase.

Do not forget about the side effects of peptides, which are identical to taking GH. Their list is not so large, and the effect is not as strong as in the case of drugs from the category of anabolic steroids, but nevertheless, some side effects can be noted directly during the course. As a rule, after discontinuation of the drug or stopping the course, they disappear. Also, some side effects occur in the first 3-5 days, after which they also completely disappear. This is especially true when the dosage of peptides is increased.

The ideal dosage regimen is 2-3 months, after which you need to take about 3-4 weeks off.

With prolonged use, the following side effects may appear:

Moreover, too long-term use of peptides without interruptions can lead to heart hypertrophy, as well as an increase in some parts of the body and organs. Also, the use of peptides is not recommended for people with diabetes. Nevertheless, when side effects appear, you can both stop taking the drug and compensate for them by taking additional drugs.

Many athletes have probably encountered a situation where peptides are sold on various sites both in the categories for gaining mass and for losing weight. However, their main action is to stimulate the production of growth hormone. You can also take somatotropin, although peptides that stimulate GH in their effectiveness do not lose to it.

The production of growth hormone in the body is regulated by several hormones at once, which are produced in the hypothalamus. They are also called “release factors”. These include:

Any peptide that is commercially available is somatoliberin or ghrelin. It is worth noting that peptides in tablets do not exist, therefore if you are offered a similar drug, then with a probability of 100% you are in front of a scammer. The thing is that peptides are destroyed under the influence of gastric juice, therefore such a reception would be completely useless and would not have any positive effect.

The most popular peptides are GHRP-2 and GHRP-6. They allow you to get a fairly powerful effect with minimal or no side effects. In terms of their effectiveness, taking these drugs is equivalent to GH injections, while their cost is significantly lower.

Usually, the daily dose is 2 to 3 injections, and the optimal dosage should not exceed 100 mg. An increase in it will only lead to a greater chance of side effects, while the overall effectiveness of the drug will increase by only a small percentage.

Among the disadvantages of GHRP-2 is a sharp jump in appetite that occurs after injections. For people who adhere to a low-calorie diet and want to lose weight, this factor must be taken into account, therefore it is highly discouraged to inject after meals. This can lead to repeated meals, which negatively affect the total calorie intake.

Another popular drug, GHRP-6, is almost indistinguishable from the previous peptide, except for a cheaper price. The only exception is that it enhances the appetite even more, therefore this option is less suitable for losing weight than the previous one. It also stimulates the production of cortisol, which can negatively affect visceral fat build-up.