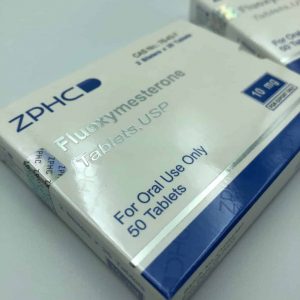 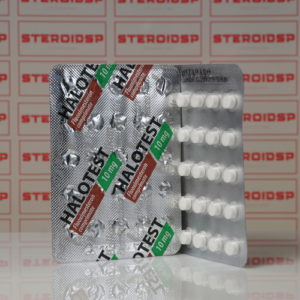 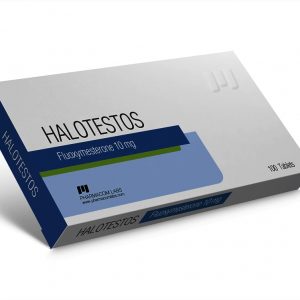 Fluoxymesterone is a tabletted steroid with powerful androgenic activity and very mild anabolic properties. First released in 1956, in traditional medicine, the drug was used to treat burns, fractures and dystrophy, and after increased control over medications – exclusively for the treatment of inoperable breast cancer. Weightlifters first of all decide to buy fluoxymesterone, for whom it is important to increase their strength indicators, while remaining in a relatively unchanged weight category.

What is special about halotestin (fluoxymesterone)?

Due to the special structure of molecules, the substance is not transformed into estrogens, which allows you to forget about such a problem as gynecomastia. Also, the steroid has no progestogenic activity and has practically no effect on the androgen receptor. The presence of these properties makes the drug unsuitable for weight gain.

The positive effect of fluoxymesterone is due to its powerful androgenic activity. Most often it is used by weightlifters, for whom strength is important, not mass. The medication also helps to increase the production of hemoglobin, which can increase the athlete’s endurance and reduce the time it takes to recover from physical activity.

The steroid is also used by bodybuilders in the last days before a performance to reduce weight loss and tighten the muscles.

There are many different regimens for taking fluoxymesterone, both in a solo course and in conjunction with other steroids. For beginners, it is recommended to take the drug for eight weeks, 30 mg daily, and in the ninth week, post-cycle therapy should be started. It is advisable to combine the intake of the main steroid with tamoxifen (20 mg per day). It will reduce post-course rollback. Note that this scheme of reception is designed only to increase power indicators, but not to gain mass.

For muscle building, fluoxymesterone is combined with primobolan and trenbolone enanthate. Also, the steroid is often used pointwise, off-cycle.

Buy fluoxymesterone for those who want:

Slight weight loss is also possible, but this is more of a secondary effect.

What are the side effects of halotestin (fluoxymesterone)?

Due to its high androgenic activity, fluoxymesterone can cause baldness, acne, and prostate hypertrophy. It is strongly discouraged for women to take it because of its pronounced virilization.

The steroid is also thought to increase the risk of malignant tumors. This assumption of scientists has not yet been proven, however, it is because of it that the steroid is not recommended for use for a long time.

The drug is able to have a strong depressing effect on the genital arch and suppress the process of testosterone production, so PCT after taking it should not be neglected.

To avoid the listed negative consequences, take the drug wisely and strictly follow the dosage regimen.

In our online store you will find a huge selection of androgenic and anabolic steroids, fat burners, drugs for PCT and hormones that bodybuilders use on their way to the coveted forms. The price of fluoxymesterone will greatly delight you, and if you have any problems with choosing a dosage or course, our experienced consultants will always come to your aid.